WLA Board of Directors 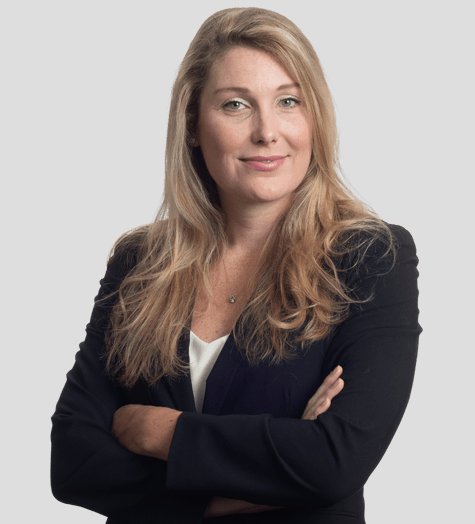 Ms. Reynolds is a partner at Wiedner & McAuliffe, Ltd. She received her Juris Doctor from Saint Louis University School of Law in 2006 with a certificate in Health Law and her Bachelor of Arts with honors in Communications from the University of Missouri - Columbia in 2002.  Ms. Reynolds concentrates her practice in workers' compensation defense, representing employers and insurance carriers in Missouri and Illinois. She also defends medical fee dispute cases.  Ms. Reynolds' professional affiliations include the National Association of Minority and Women Owned Law Firms, the American Bar Association, the Missouri Bar Association, the Illinois State Bar Association, the Women Lawyers Association, the National Restaurant and Retail Defense Association, and the Claims & Litigation Management Alliance.  She has served on the WLA Board as a Member-At-Large  for the 2015-2016, and 2013-2014 terms.  She was recognized as a Rising Star by Super Lawyers in 2011, 2015 and 2016, and as one of Missouri's Outstanding Young Lawyers in the area of workers' compensation by Top Attorneys. Ms. Reynolds was also profiled in Illinois Business Journal's Women in Law 2012.  Lisa and her husband, John, and their nine year old boy/girl twins live in Kirkwood. In her free time, Lisa enjoys spending time with her family, reading and visiting museums.

Ms. Matthew is the Director of ADR and Counsel for Alaris, where she focuses on all business aspects of the ADR program which includes arbitration, mediation and special master services.  Ms. Matthew joined Alaris in 2017, after working as a personal injury attorney representing individuals who had been injured or harmed in various capacities.  Prior to that she worked for over 11 years as an Assistant Circuit Attorney for the City of St. Louis prosecuting major felony crimes.  Her work enabled her to advocate on behalf of countless victims and their families in order to obtain justice.  She has tried over 50 jury and bench trials in her career.  Ms. Matthew is very active with the Missouri Bar and local bar associations. She is presently on the Board of Governors for the Missouri Bar, the CLE Chair for BAMSL and for the past year she served as Secretary on the WLA Board.  Ms. Matthew graduated from Michigan State University with a B.A. in International Relations from James Madison College and she received her JD and International Law Certificate from Saint Louis University.

Ms. Craig serves as corporate counsel for relation Insurance Services, a specialty insurance brokerage that offers superior risk-management and benefits-consulting services through its family of brands across the United States.  Prior to joining Relation, Ms. Craig worked as a litigator in St. Louis County.  She received her B.A. with honors from Westminster College, Fulton, Missouri and her J.D. from Saint Louis University School of Law.  She has been involved with WLA since joining as a student member volunteering her time during law school.  She is proud of the work that the WLA has done and is a strong supporter of expanding WLA’s membership.  She also is committed to shoring up the success of the WLA Judicial Portrait Project during her tenure as President of the WLA.  She continues to serve as a volunteer for various domestic violence organizations throughout the St. Louis region.  In her spare time, Ms. Craig can also be found enjoying a nice evening with her book club.  She currently resides in St. Louis City. 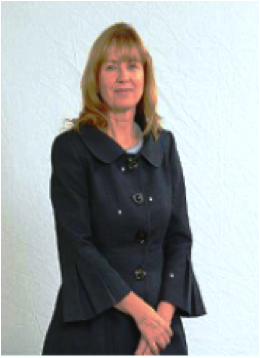 Ms. Dunne is an Associate Circuit Judge in the St. Louis County Circuit Court.  Prior to her appointment to the bench on December 15, 2016, Ms. Dunne was a member of the law firm of Blitz, Bardgett & Deutsch, L.C. representing individuals and business entities in general civil litigation.  She graduated from St. Louis University in December 1990, cum laude and obtained a B.A. in political science from the University of Missouri, Columbia.  Ms. Dunne is a member of the Women Lawyers’ Association of St. Louis, Bar Association of Metropolitan St. Louis, the Missouri Bar and the Illinois Bar Association.  Ms. Dunne is also a board member for Guardian Angel Settlement Association and a volunteer at the USO of Missouri.   She is married to attorney Peter Dunne and they have three children.

Ms. Shafaie is a litigation associate at Armstrong Teasdale and proud graduate of The University of Missouri Law School. In her practice, she regularly defends employers and businesses in employment discrimination suits and provides day-to-day counseling on a variety of employment and personnel matters. She also conducts internal investigations and provides advice and strategies to effectively manage risk and liability. Prior to working at Armstrong, she worked at small defense litigation firm and as an assistant prosecuting attorney with the Greene County Prosecutor’s office. Ms. Shafaie regularly mentors students through the Leadership Council on Legal Diversity and the St. Louis Regional Business council. She is also active in her firm’s Inclusion Committee and hiring efforts.  In her free time, she enjoys spending time outside at the Missouri Botanical Garden and trying new restaurants. 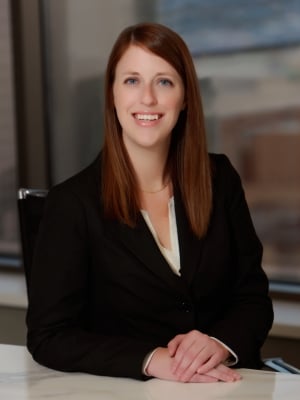 Ms. Graves is a Partner in the Litigation Department at Lewis Rice LLC.  She is a 2012 graduate of St. Louis University School of Law.  While in law school, Ms. Graves served as an editor of the St. Louis University Law Journal and was a member of the National Moot Court Team, winning second place at the Andrews Kurth Moot Court National Championship.  She was also the recipient of the Judge Robert G. Dowd, Sr. Appellate Advocacy Award.  Ms. Graves’ primary practice focuses on commercial litigation, where she represents a range of businesses and individuals.  She also practices municipal law, regularly advising cities and other government bodies on a number of issues, from the Sunshine Law to complex litigation.  Ms. Graves is admitted to both the Missouri and Illinois bars.  In addition to serving on the board of the Women Lawyers’ Association of St. Louis, Ms. Graves is a member of the Bar Association of Metropolitan St. Louis’ Communications Committee and serves on the board of Aim High St. Louis.

Ms. Britt is currently an Assistant Prosecuting Attorney for St. Louis County.  She previously served as an Assistant Circuit Attorney for the City of St. Louis from 2016 – 2018. Ms. Britt graduated from the University of Missouri with a J.D./M.P.A., and obtained a B.A. in Political Science and African-American Studies from Washington University in St. Louis.  While in law school, Ms. Britt served on the Black Law Students’ Executive Board in various capacities, including as President.  She was also on the Executive Board for the Board of Advocates, and a Student Ambassador.  Ms. Britt is a member of Mound City Bar Association, Alpha Kappa Alpha Sorority, Inc., and a Young Ambassador for the Alzheimer’s Association. 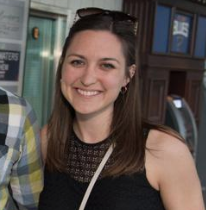 Deborah Price is a dedicated public servant and experienced attorney who has spent her career serving the people of Missouri. In her current position as Vice President of Business Recruitment & General Counsel for the Missouri Partnership, Deborah works with company executives and consultants from around the globe on multi-million dollar business investment projects to bring jobs to the state. Deborah’s efforts on behalf of Missouri have helped the state land new operations involving professional corporate services, manufacturing, research and development, agriculture technology, and health innovation. Deborah is also responsible for managing a broad array of legal matters for the organization including contract negotiation, records management and nondisclosure agreements, and for advising the CEO on overall risk management and compliance issues. Before joining the Missouri Partnership, Deborah served as the Director of Boards & Commissions in the Office of Missouri Governor. In this role, Deborah led the Governor’s team to identify and recommend Missouri citizens for appointment to positions of public trust.  She was responsible for compliance with hundreds of statutes and also worked with members of the Senate to prepare for confirmation hearings. Prior to that, Deborah served as an Assistant Attorney General for the State of Missouri where she handled complex consumer fraud litigation and criminal prosecutions. Deborah’s efforts resulted in hundreds of thousands of dollars in restitution for victims as well as court orders enjoining fraudulent and unfair business practices. Before working in the Consumer Protection Division, Deborah was assigned to the Child Support Unit where she represented the Missouri Department of Social Services in hundreds of court cases.  Deborah also had the privilege of serving as an Adjunct Assistant Professor at Saint Louis University School of Law where she taught Civil Practice for three semesters. In her free time, Deborah works pro bono as a special public defender through her volunteer work with the Missouri Coalition for the Right to Counsel. She has also served as a student litigation and jury trial mentor for the Saint Louis University School of Law Clinic. In 2015, Deborah was appointed as a Regent on the Harris-Stowe State University Board of Regents and currently serves in that capacity and heads the legal committee.  Deborah is also Secretary of the board for the Jewish Community Relations Council (JCRC) and was recently honored by the organization as “Emerging Leader.” In 2015 Deborah was nominated and named as a Fellow as part of the Frank Family Institute’s Young Leadership Program. Deborah is a 2011 recipient of the Missouri Lawyer’s Media’s Women’s Justice Award in the category of Public Service Practitioner.  Deborah is married Dr. Joel Jennings. 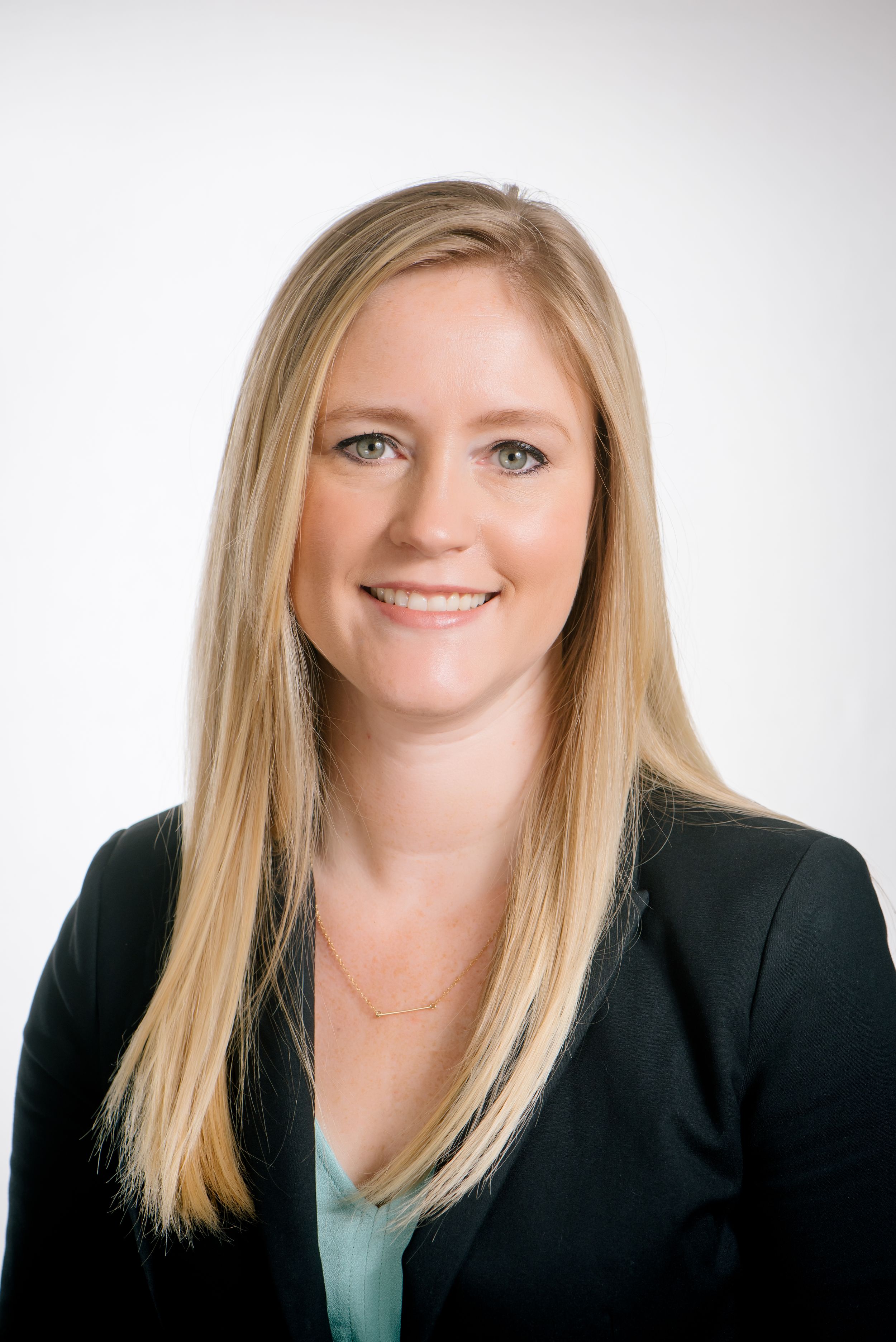 Mariel Taylor is a partner with Kamykowski, Gavin & Smith, P.C. having joined the firm in 2015, and practices primarily in the field of health care litigation in both Missouri and Illinois with particular emphasis on claims of medical malpractice.  Prior to joining KGS, Mariel worked in the litigation department at Greensfelder Hemker & Gale, P.C.  She received her Juris Doctor from Saint Louis University School of Law in 2007, and a Bachelor of Arts in Psychology from University of Missouri-Columbia in 2004.  Ms. Taylor’s professional affiliations include the American Bar Association’s Torts, Trial and Insurance Practice Section, the American Bar Foundation, the Claims & Litigation Management Alliance, and the American Health Lawyers Association.  She was nominated to the Theodore McMillian American Inns of Court (2013-2015) and has been named as a Missouri & Kansas Super Lawyers Rising Star in the field of medical malpractice.  Ms. Taylor lives in St. Louis with her husband Eric, son C.J. (18 – recent graduate of Ladue High School and future student at University of Arizona) stepson Alex (10), and daughters Evie (4) and Millie (2). 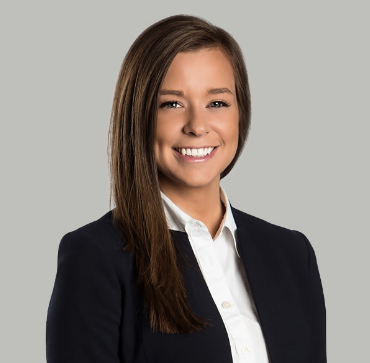 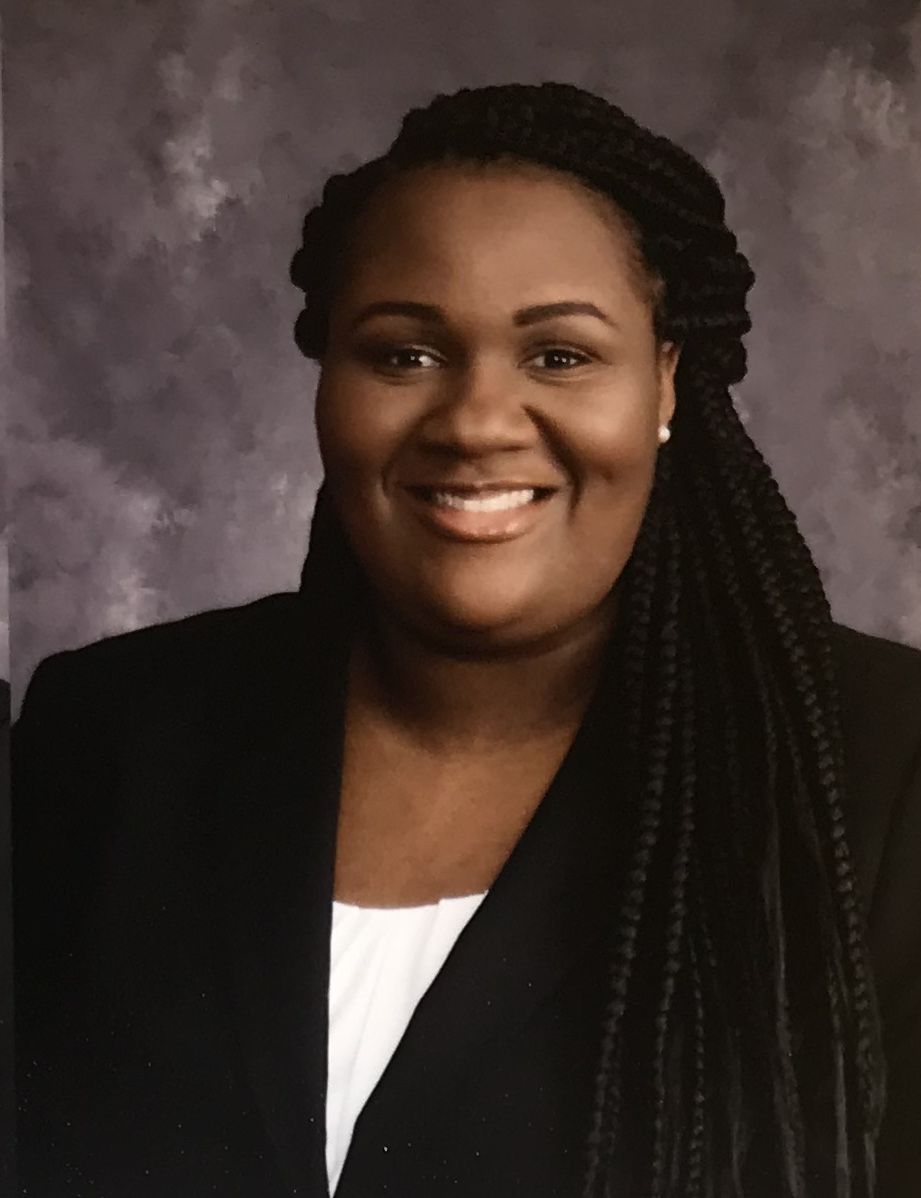 Alexus Williams is a class of 2018 graduate of Saint Louis University School of Law. During her time at SLU Law, Alexus was the 2017-2018 President of SLU Law’s Black Law Students Association and held two regional office positions within the National Black Law Students Association, including Midwest Regional Vice-Chair. Prior to SLU Law, Alexus studied psychology and sports management at Howard University, graduating summa cum laude. Alexus is a member of Gamma Sigma Sigma National Service Sorority, Inc., and in the spirit of service, sits on the Advisory Board for the urban community service organization Young Voices With Action, Inc. For the 2020-2021 bar year, Alexus continues to serve as Member-at-Large for the Women Lawyers’ Association of Greater St. Louis and is an Executive Committee Member for the Young Lawyers Division of the Bar Association of Metropolitan St. Louis (BAMSL). Alexus is a former Legal Consultant for LexisNexis and Special Victims Unit Prosecutor for the City of St. Louis Circuit Attorney’s Office. Currently, Alexus is an Assistant County Counselor for St. Louis County Government and focuses on civil litigation, property maintenance, municipal compliance, Covid-19 relief efforts and is assigned to the Care Act Taskforce.